The Saving Grace of Satire 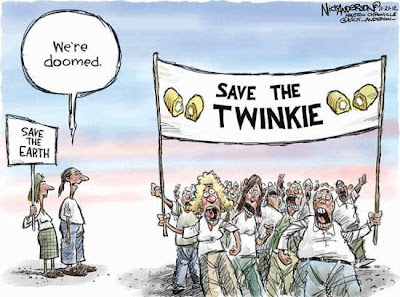 It began in high school: my friends and I made a habit out of making fun of pretty much everything we could. We would gather at Jenn's house for the annual 'sing along with The Sound of Music' event on New Year's day. We would watch the film, recite the dialogue along with the characters, sing, and then when Maria whips out her guitar on the mountaintop for 'Doe a Deer', we would always say to each other as the orchestral strings of the soundtrack commenced, "And suddenly out of nowhere there appears an orchestra on the mountaintop" and we would laugh and laugh at the idea. We would put Duran Duran records on the 45 rpm setting on the record player, and Jenn and Mike would go on their knees like Duran Duran dwarves and sing and dance along to the sped up tunes. That was hilarious. When we discovered Saturday Night Live and Monty Python, my friends and I would memorize long passages and songs from their films and spend hours reciting them to each other around camp-fires and at parties, or in the back of the car on our college commute. We ate up satire and sketch comedy with the eagerness and voracious energy of youth, and we told funny and embarrassing stories on ourselves and about each other. Laughter took up the greater part of most of our conversations. Almost nothing was sacred. Almost nothing escaped the microscopic lens of our sharp wit and our desire for fun. We made a sport of critical thinking through satirical humour, and I do believe, in many ways, it saved us.

My children have the same approach to life that my friends and I had at their age. I see evidence of the fact every day, and I love it. The ability to laugh at one's self is of great importance to my way of thinking, and the ability to laugh at the world, and what it continually serves up, is vital for the survival of one's individuality and true purpose in the world. My family recently acquired Netflix and we are making our way through ten years of missed Saturday Night Live seasons - my husband and I watched the show all through the '90's but missed the 'naughts (2001-2009)' or, as they are called by some here in North America, 'the Bush years' of the show almost completely. SNL's 'good natured skewering' of everyone from politicians to the head elf in Santa's workshop makes for good TV. Some of my favourite episodes are when an actual politician, be he George Bush Senior or Senator John McCain, appear on the show and are given a chance to retaliate. The result is always a healthy experience for everyone: for the audience who get to see a more human, not to mention humourous, side of the politician, and for the actors and writers on the show, who get a bit of their own back, exhibiting a tremendous sense of fair play on their part. The first Monty Python film I showed my children was Monty Python and the Holy Grail, complete with insulting Frenchmen, anachronisms galore, a wimpy knight named Brave Sir Robin, and King Arthur riding a non-existent horse while his squire knocks two coconuts together to provide the sound of the horse, should one actually have been in existence. My kids, all of them, found the film refreshing, intelligent in its silliness, and downright funny.

We in Canada have always revered satirical comedy in general. With shows like SCTV and The Air Farce, which began on CBC Radio and made its way to television, Codco out of Newfoundland, This Hour has Twenty-two Minutes from Halifax, and The Rick Mercer Report, Canadian politicians, celebrities and Canadian contemporary society are never safe from a good natured ribbing, and I think we are better for it.The U.S. has, of course, Saturday Night Live, but they also enjoy the brilliant political satire of John Stewart in The Daily Show with John Stewart, as well as The Colbert Report with the irrepressible Stephen Colbert. Stewart and Colbert are so well loved and respected in their nation that an overwhelmingly large percentage of the people stay abreast of the political situation chiefly through their shows. I know there exist many shows out of the U.K. which provide that nation, as well as many fans around the world, with countless opportunities to laugh at themselves and the world at large. Comedians such as Rowan Atkinson, Stephen Fry, Tracey Ullman, and of course the aforementioned favourite Monty Python, all use their great talents to help make their society truly democratic. As writer and satirist Jonathan Swift said, "As Wit is the noblest and most useful Gift of humane Nature, so Humor is the most agreeable, and where these two enter far into the Composition of any Work, they will render it always acceptable to the World."

I remember reading a satirical essay in my English Literature course in college entitled A Modest Proposal by Jonathan Swift, in which he suggested a way to deal with poverty and hunger, which were rampant in eighteenth century Ireland, was to raise babies for consumption by the upper classes: "I grant this food will be somewhat dear, and therefore very proper for landlords, who, as they have already devoured most of the parents, seem to have the best title to the children." The essay was shocking to me for something written in 1729, but it also appealed to me greatly. I am not sure of the effect it had on the social policy of the time, but obviously, the essay swept the nation much like the latest YouTube video does now, and woke many people up to the absurdity of a nation starving its own. A Modest Proposal is not far off the sort of satire produced in the present age. In fact, Swift's essay, and others like it, as well as the political cartoons of the time, most likely inspired it. Every age has employed its satirists, and they are as important to the workings of a healthy society and its institutions - churches, schools, government, etc.- as the institutions themselves. Satirists provide the checks and balances every person and every institution with power over others needs, and they accomplish this feat with the most welcome leaven of humour and the intelligence of wit; I shudder to think what would happen to us if this was not so. Apparently, a school district in Texas tried to shut down classes which taught critical thinking to students for fear that teaching children to think for themselves employing logic and reason would cause problems in the more God-fearing homes of their student body. To that I, whom some would call 'religious', cry foul and laziness - should we not teach our children to think, to question, to form opinions based on the good values we have brought them up in? To my own children I say, "Question everything by all means. Just be prepared to do the work to find the answers." And laugh. A lot.

Here is one of my favourite Rowan Atkinson sketches, satirizing the stereotypical English public school headmaster.


Emma and I have a new post over at Stella's Virtual Cafe. Check it out...please.
Posted by Rebecca S. at 10:05 AM