A Blog Challenge...Pass it On 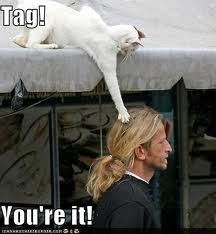 My good friend Alistair from Crivens, jings, and help ma Boab, (a great blog, by the way, which includes several adventures with The Lovely G and a cat named Jess) tagged me in a challenge earlier this week. It was a good thing, for he gave me a blog topic for a week when all my creative energy was being sucked into an onerous vortex of grant and report writing. Workwise, it was a week from, as we say here in Canada, H-E-double-hockey-sticks, but I have begun to surface from beneath an Everest sized pile of papers. The Report was delivered yesterday morning and the grant application, completed with no time to spare, put into the hands of the fine folks at Snail Mail Incorporated (Canada Post) for its journey to the British Columbia Arts Council headquarters in Victoria. A lot of other things happened this week as well, but I won't bore my friends with the details. Instead, I will get on with answering the following questions before I tag five more friends.
Nominated blogs have to create a list of the following:

My most beautiful post? I'd have to say A Week Away because writing it was a beautiful, multi-sensory experience the result of which nearly equalled my vision for the post. That does not happen very often!

My most popular post? Well, this answers the next question as well. My most popular post, according to my stats anyway, was A Trip from Bountiful about two Fundamentalist Mormon young women I went to college with. This post garnered a lot of attention and some heated debate between myself and a friend. I was glad to move on to the next topic after that!

My most helpful post? I would have to say The Turning Point because this post seemed to reassure some parents, and give some others something to think about regarding their own children in a positive way. It also served to help me articulate some of the deeper thoughts I have about parenting children in what can sometimes be a callous world.

Which post's success surprised me the most? One of my earliest posts, "I Had a Farm in Africa", brought comments from people all over the blogosphere and beyond. The post is about my friends who did, and do still, have a farm in Africa, but its title was what initially attracted so many visits and shows how well loved the book and film Out of Africa is around the world. I had never had a post gain so many comments and it was a delightful surprise way back in 2009 when I had only just begun as a blogger.

Which of my posts didn't get the attention it deserved? Gosh, that sounds a bit like sour grapes. However, if I have to pick one, it would be The Dancer who Rattled the Boards, because when I posted it, not many people knew I even had a blog, let alone were following my posts! This post is about a dance I went to once, and a very special dancer who cleared the floor.

Which post am I proudest of? I'm going to go out on a limb (pardon the pun) and say, at least for today, I am proud of my post Tractor Yoga, because it was funny, well received, informative...and I dearly love to be funny if I possibly can.

Now it is my turn to tag five friends for the blogger challenge! (Thanks to Al for the Calvin and Hobbes pic.)

1.  Anita from Beyond the Diapers and Spills because she's always making her readers think by framing every post as a question, and now it's our turn to return the favour!

2.  Lucille from Useful or Beautiful because her blog title says it all. Lucille manages, with a few crafted images, words, borrowed or original, to evoke a life worth living. She takes beauty very seriously, but there is always an underlying whimsey to her posts. And she can be very funny, too! (see her 'Cow Patty Cake' post)

3.  Brian from Waystation One because he has a huge variety of posts to choose from, and I'd like to see what he comes up with as answers to each question...maybe some poems I haven't had the chance to read?

4.  Tracey from Unos dos Tracey because she needs something to challenge her after her recent ten-day Alaskan cruise. And because she has some very, very funny posts!

5.  Vince from Reeds because he is interesting, provoking, thoughtful, and wacky by turns. His blog is like that friend you don't always agree with but can always be counted on to liven things up.

So, I hope these friends take up the challenge. If they can't be bothered then I won't be offended...these tag things are supposed to be fun in any case, not a burden.